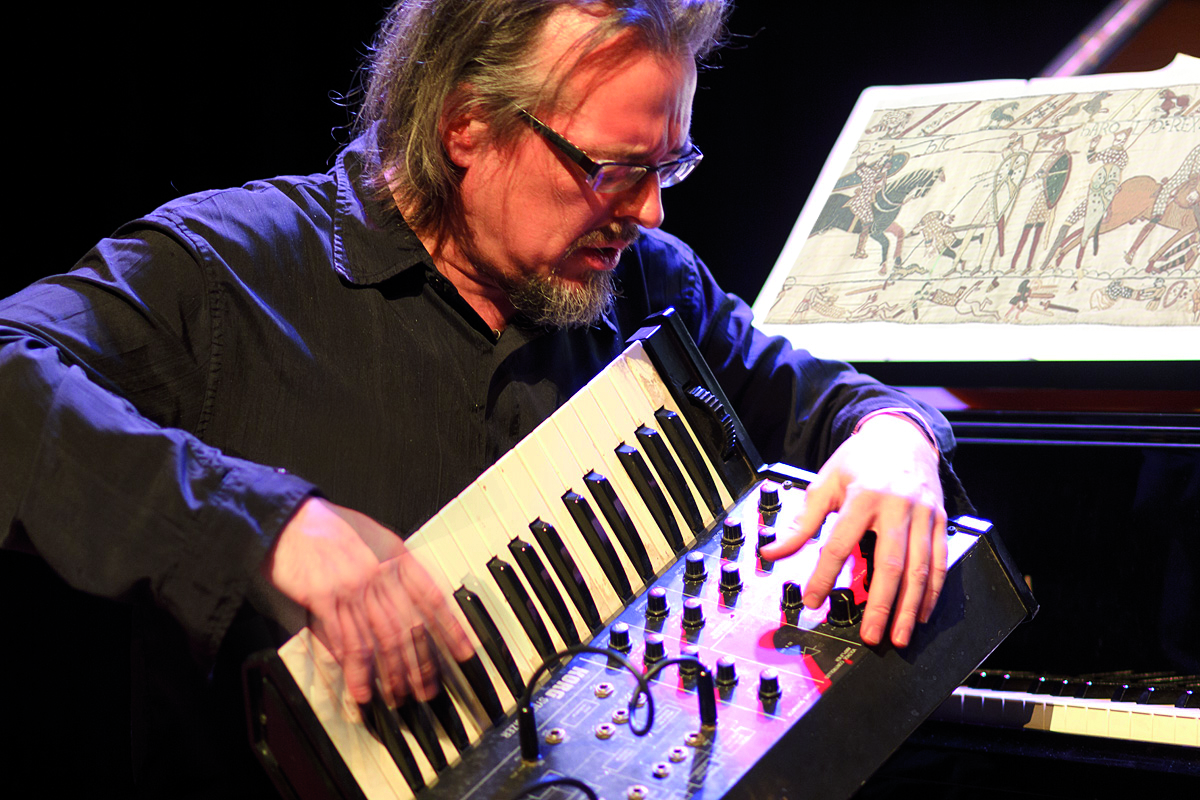 Stormvogel is the founder of the genre ‘Jazzbarock’, a fusion of jazz, rock and classical music, (from the medieval period up to the electronical 20st Century), mixed with elements of zeuhl, raga, saga, medieval, karnatic and qawali music, – all together with a repetitive and trancematic approach.

Modular Composing
His works are composed by a so-called “modular composing method”, in which the routing can be alterated according to the circumstances. Main characteristics of each module are a poly-rhythmical and odd-metrical ‘basso ostinato’, next to non-diatonic scales (superlocrian and octatonic or symmetrical) and old, medieval modes.
Besides for its Theosophical and occult context, Stormvogel’s Jazzbarock is known for its incorporation of the ananog synthesizer as a full fledged instrument.