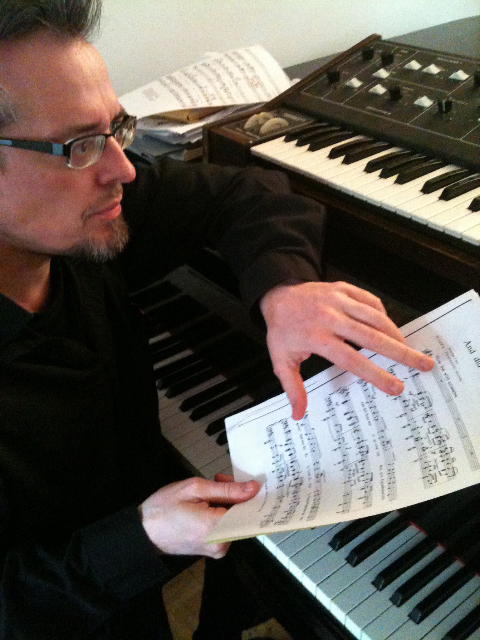 Stormvogel started composing in his youth, even before he could play any instrument, due to the Rock Opera ‘Jesus Christ Superstar’, by Andrew Lloyd Webber and Tim Rice. He also got inspired to come up with his own musical ideas, by the programme music of Prokofiev, Moessorgski and Saint Saens, mainly as small illustrations with his made up legends. Next to this, he grew up listening to giant songwriters in rockhistory, like Jimi Hendrix, Billy Joel, Stevie Wonder, Bee Gees, Kate Bush and a great variety of bands like Santana, TYA, ELO, AC/DC, Police, Specials, EWF and Abba. Through Pink Floyd he fell in love with the sound of analog synthesizer.

In the realm of jazz and improvised music, he is a great admiror of Miles Davis, Thelonious Monk, Dave Brubeck and most of all John Coltrane. Discovering Jazzrock of the Seventies, Stormvogel was heavily influenced by the great composers of that period like John McLaughlin, Chick Corea, Jan Hammer, David Sancious, Frank Zappa, Robert Fripp, Alan Holdsworth, Jan Garbarek and Pat Metheny (and a great number of their offsping). Last but not least: Stormvogel ia a fanatic follower of Zeuhl composers Christian Vander and Jannick Top (Magma).